What is Ankylosing Spondylitis and How is it Treated? 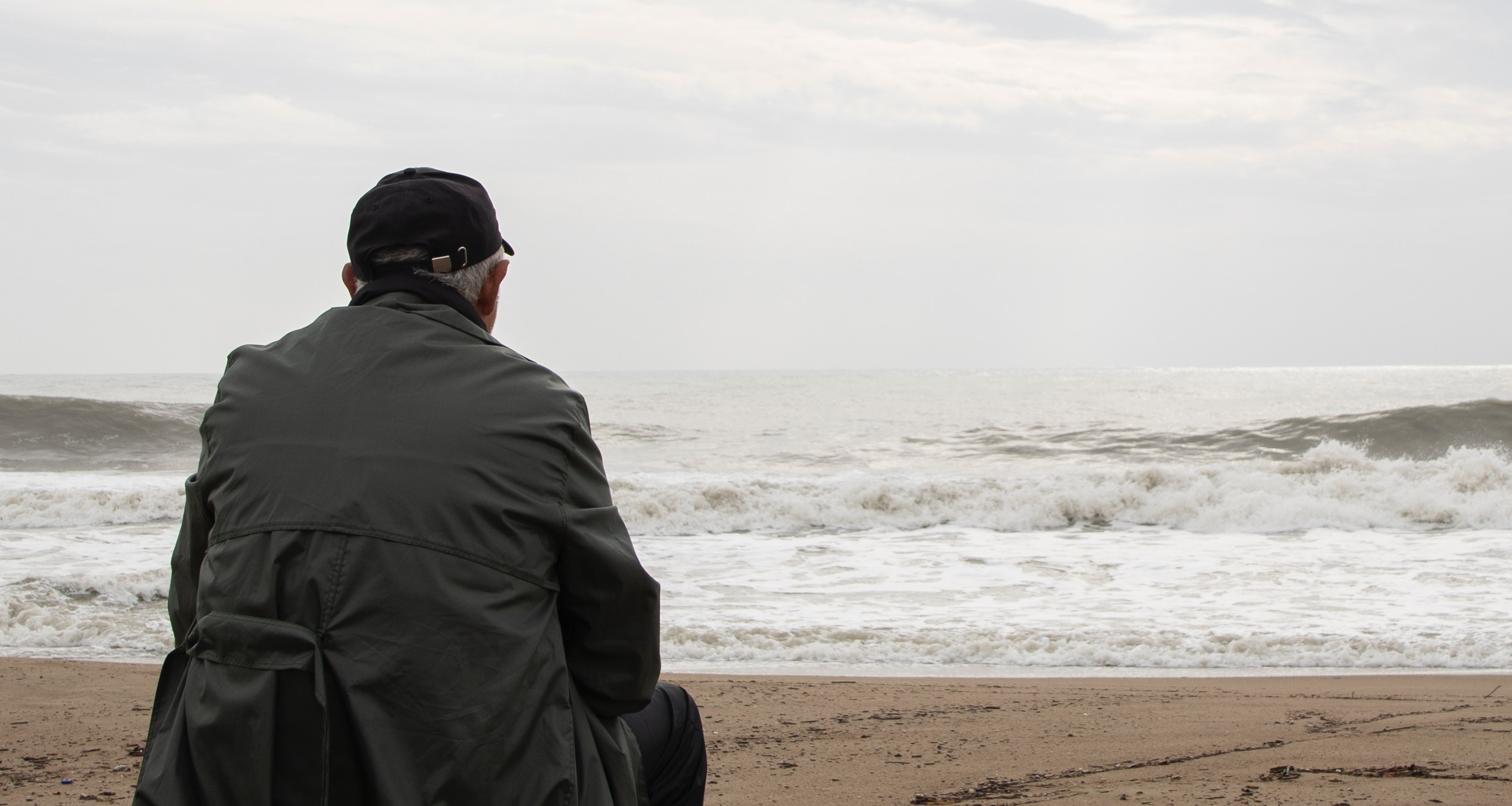 Ankylosing spondylitis (AS), also known as Bechterew’s disease, is a type of arthritis primarily affecting the spine. AS causes inflammation of the vertebrae, which leads to pain that often becomes chronic. Learn more about this form of arthritis and how you can find relief.

What Does Ankylosing Spondylitis Do to the Body?
In severe cases, chronic inflammation leads bones to fuse along the spine. This process, called ankylosis, leads to stiffening and immobility that may trigger inflammation and discomfort in the hips, shoulders, ribs, hands, and feet. The hips are the most commonly affected area besides the spine. There are also rare instances of AS affecting the eyes, lungs, and heart.

The pain of AS may be more or less severe in certain situations. Because AS is an autoimmune disease, patients may experience flare-ups when the pain and stiffness intensify.

Symptoms of Ankylosing Spondylitis
Multiple symptoms could indicate you have ankylosing spondylitis. If you have the symptoms listed below, consider seeing a doctor for a diagnosis and discussion of treatment options.

What Causes Ankylosing Spondylitis?
It’s not yet known what causes ankylosing spondylitis, but there are certain factors that put you more at risk. For example, men are more likely to develop AS than women, and it usually develops in early adulthood or the teen years rather than later in life.

Individuals who have a specific gene called HLA-B27 are at a much higher risk for developing AS than those who don’t. However, having this gene does not guarantee that a person will get AS.

Diagnosing Ankylosing Spondylitis
The primary feature of ankylosing spondylitis is inflammation of the sacroiliac joints at the base of the spine. Diagnosis is done primarily through observation: physicians will first look for classic indications of this form of arthritis, including reduced range of motion, inflammation along the spine, inability to fully inflate the chest when breathing, and pain that is worse in the morning.

If AS is suspected, x-rays and blood tests will be ordered to confirm the diagnosis. X-rays will reveal inflammation or any abnormal bone growth. Blood tests may check for C-reactive proteins, anemia, or a lack of antinuclear antibodies, all of which may indicate AS.

Treating Ankylosing Spondylitis
Ankylosing spondylitis is a lifelong disease for which there is no cure. However, there are several treatment options that can minimize inflammation and pain.

During the initial stages of ankylosing spondylitis, patients can take over-the-counter or prescription NSAIDs (non-steroidal anti-inflammatory drugs) to reduce swelling and minimize pain. To augment NSAIDs, DMARDs (disease-modifying antirheumatic drugs) may also be prescribed. These reduce the damage to joints and surrounding tissue caused by chronic inflammation.

In more severe cases of AS, corticosteroids are prescribed (usually when NSAIDs are no longer sufficient). Steroids can be administered as shots into painful, inflamed joints to reduce swelling and give temporary pain relief. For individuals with AS in the eyes, eye drops with steroids may be prescribed. Short-term corticosteroid pills may also be prescribed for individuals who have a flare-up. Unfortunately, steroids are not a long-term solution because they can cause damage to bones and tissues over time.

Two other medication options are muscle relaxants and opioids. Muscle relaxants help with muscle spasms and stiffness triggered by joint inflammation. Opioids are prescribed when pain is severe and hasn’t responded to NSAIDs or other medications. Because opioids are highly addictive, they are only prescribed for short-term use and as a last resort. Monitoring by a doctor is crucial for individuals taking opioids.

Your doctor may recommend gentle exercises you can do at home to strengthen your muscles and improve mobility. There are several kinds of activities that hey or she may suggest, including yoga, deep breathing techniques, and swimming.

Your doctor may also prescribe physical therapy. Working with a physical therapist or a trainer can reduce your risk of injury. These professionals can also guide you to learn proper exercise techniques and use heat, massage, stretching, and other treatments to reduce pain.

Heat can be applied to painful areas to soothe muscle tension and loosen stiff joints before exercising. Ice packs may be helpful to reduce inflammation. Talk to your doctor about which option is most effective for your situation.

If these less invasive treatments become ineffective in treating AS, surgery may be needed.

Ankylosing Spondylitis Surgery
While medication and physical therapy are preferred to treat mild to moderate ankylosing spondylitis, there are times when surgery is indicated. If the pain is too severe for drugs, deforming of the joints has progressed, and quality of life has been impacted, surgical treatment may be necessary.

There are several kinds of surgery performed on individuals with AS, depending on which joints are affected.

Individuals with ankylosing spondylitis often sustain joint and tissue damage in areas other than the spine, particularly the hips. Hip replacement is sometimes recommended for patients who have severe mobility issues due to hip problems.

Repair or replacement of shoulder and knee joints are also options for advanced AS patients. Joint replacement is a complex but largely safe procedure in which damaged cartilage and bone are replaced with an artificial joint made of metal or plastic.

In some individuals with ankylosing spondylitis, the vertebrae in the neck become fused, causing a stooped posture. The person may not be able to look upwards or stand up straight. Osteotomy surgery cuts through and reshapes the bony overgrowth of the cervical vertebrae.

If the spinal column has become unstable or if ankylosing spondylitis has caused deformity of the vertebrae, spinal instrumentation and fusion may be needed. In this procedure, the surgeon corrects any deformities and straightens the spine. Instruments such as screws, rods, and wires are used to stabilize the area until new bone growth once again fuses the area in proper alignment. While this procedure does limit movement somewhat, the spine will be straighter and more stable and the pain should be diminished dramatically.

Ankylosing spondylitis can cause pressure on the nerves and spinal cord. This often leads to loss of coordination, weakness, and a tingling feeling in the extremities. A laminectomy is a type of decompression surgery that removes pressure on the spinal cord and nerves.

During the procedure, rods, bone grafts, and screws are used to stabilize the area. A section of any damaged vertebrae is removed. This section, called the lamina, is the flattened area of the bone’s arch that helps protect the spinal cord. Once it has been removed, pressure on the spinal cord and nerves is relieved. Surgeons may also carefully move some muscles aside to they will not continue to put pressure on the spine. Laminectomy is a minimally invasive procedure done through a small incision and takes only a few hours.

Experts in Ankylosing Spondylitis Treatment Options
Our spine surgeons treat many patients with ankylosing spondylitis every year. If you suspect you have AS, contact Arkansas Surgical Hospital at (877) 918-7020 to schedule an appointment. We will offer various treatment options and help you determine what kind of treatment or surgery is best to help alleviate your AS symptoms.