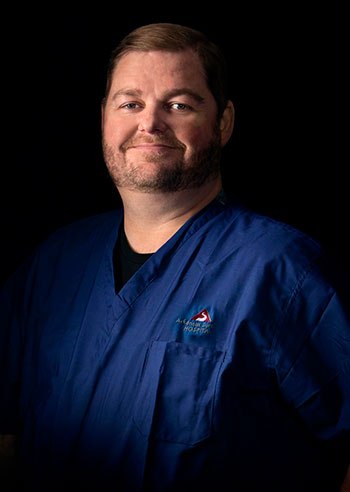 Dr. Stewart is a native of Hope, Arkansas who graduated with a B.A. in Biology from Hendrix College in 1992. He received his medical degree from the University of Arkansas for Medical Sciences in 1996. He continued his internship and residency in the Department of Orthopedic Surgery at UAMS. Dr Stewart began his practice in 2001 and now has offices in North Little
Rock, Jacksonville and Cabot.

Dr. Stewart is board-certified and a Diplomate of the American Board of Orthopaedic Surgery and a Fellow in the American Academy of Orthopedic Surgeons. He has also been published in Clinical Orthopedics and Related Research for his work on minimizing blood loss during joint replacement surgery. He is a member of the Arkansas Surgical Hospital Board of Managers. He has been voted Best of the Best for central Arkansas and the entire state by readers of AY Magazine.