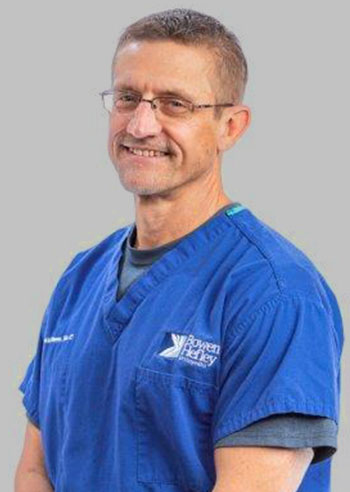 As a native of Arkansas, he joined the United States Army 82nd Airborne as a Combat Medic in 1988. After four years and two deployments, he joined the Arkansas National Guard while attending the University of Arkansas at Little Rock to earn a Bachelor of Science degree in Biology. In 1997 he was accepted to the Military Interservice Physician Assistant program, graduating in January 2000.

Kenny retired from Arkansas National Guard as Battalion Medical Officer in 2009 with 21 years and 4 deployments to Desert Shield/Desert Storm and 2 to Operation Iraqi Freedom.

Kenny resides in North Little Rock with his wife Tamara of 15 years and they have 3 children, Corbin, Logan, and Grace. In his spare time, Kenny coaches his kids’ baseball and football teams and enjoys running, biking, hunting, and fishing. He is also an active member of I.C. Church.