Hand surgeons deal with problems of the hand, wrist, and forearm. They care for these problems with and without surgery. They are specially trained to operate when necessary. Many hand surgeons are also experts in diagnosing and caring for shoulder and elbow problems.

Carpal tunnel syndrome is a condition in the hand and wrist caused by excessive pressure on the median nerve in the wrist. Compression of the nerve typically causes numbness and tingling in the thumb, index finger, middle finger and ring finger. Pain in the hand and wrist may also occur. Carpal tunnel release is a surgical procedure that reduces the pressure on the median nerve to alleviate symptoms.

The “carpal tunnel” refers to the tunnel formed by the transverse carpal ligament and the carpal bones of the wrist. The median nerve runs through this tunnel. If the nerve becomes compressed by the tunnel, numbness and tingling can occur in the thumb, index finger, middle finger, and ring finger. In addition, pain in the wrist and forearm and weakness of the thumb may occur.

Carpal tunnel release may be performed as an open procedure, in which the carpal ligament is exposed, or as an endoscopic procedure, in which a tiny camera on the end of a scope lets your surgeon see inside your wrist. Both types of procedure may be done under local, regional, or general anesthesia, depending on the decisions made by you and your surgeon. A tourniquet is also placed on the arm in both forms of this procedure to temporarily stop blood flow to the hand while your surgeon works.

Open Carpal Tunnel Release
In an open carpal tunnel release procedure, a single incision is made at the base of the palm. The transverse carpal ligament and connective tissue in the forearm are cut to relieve pressure on the median nerve. If further issues such as cysts or inflammation are present, your surgeon may extend the incision to address these problems.

Endoscopic Carpal Tunnel Release
In an endoscopic carpal tunnel release procedure, either one or two incisions are made. An endoscope, which is a tiny camera on the end of a thin tube, is inserted into the incision to allow your surgeon to see inside the joint. The transverse carpal ligament and the connective tissue in the forearm are cut to relieve pressure on the median nerve.

Recovery from Carpal Tunnel Release
When the surgery is complete, the incision is closed and you will be given an injection to numb the area for several hours. You will wear a bandage over the wound, and in some cases, patients are given a splint to wear to keep the wrist from moving. Some pain, swelling, and stiffness after the procedure is normal and may last for several weeks as you heal. Sutures are typically removed ten to fourteen days after the surgery.

Trigger finger, also known as stenosing tenosynovitis, occurs when one of the tendons responsible for bending a finger or the thumb develops a thickening, known as a nodule, and inflammation in the tendon sheath. The thickened tendon and inflamed sheath can prevent smooth gliding during motion, resulting in a popping or catching sensation while attempting to extend the finger from the palm. Trigger finger is a common hand condition among adults between 40 and 60 years of age and repetitive gripping and grasping is often the underlying cause of the condition. While the condition can occur throughout the day, it is often worse in the morning. Trigger finger occurs more frequently in women than men; and in patients with diabetes, gout, kidney disease and rheumatoid arthritis or other inflammatory conditions.

Trigger finger is a term used to refer to the thickening of a tendon in a finger that makes it difficult for the finger to move and extend properly without catching or freezing. The thickening of the tendon also causes inflammation in the tendon sheath, which is where the tendon is housed.

A trigger finger release procedure may be done under local, regional, or general anesthesia. A tourniquet is placed on the arm to temporarily stop blood flow to the hand while your surgeon works. Through a small incision in the palm, the affected tendon sheath is cut. Then, your surgeon will inspect the flexor tendons of the affected finger to ensure that there is no damage to your finger movement.

The area is flushed out to remove any remaining ligament debris and the incision is closed and bandaged. You may be given an injection to numb your hand for several hours. After that, the pain from a trigger finger release procedure can usually be managed with over-the-counter medications. You will need to keep your hand elevated to reduce swelling, and your sutures will be removed after one to two weeks.

Wrist arthroscopy is a procedure used for diagnosing and treating problems inside the wrist joint. A special viewing instrument called an arthroscope is attached to a camera and inserted through a small incision to see inside the joint. The arthroscope allows the surgeon to see the ligaments, cartilage, and soft tissues of the wrist joint under magnification without making large, open incisions.

The wrist is a complex joint made up of several different bones, tendons, ligaments, and nerves. Because of this complexity, imaging methods such as x-rays and CT scans may not provide effective views of any damaged cartilage or ligaments that may be causing your hand or wrist pain. Diagnostic wrist arthroscopy involves using a tiny camera on the end of a scope—an arthroscope—to allow your surgeon to see inside the joint.

Diagnostic wrist arthroscopy is usually performed under general or regional anesthesia. Your hand will be put into a traction device that gently expands the joint. Through small incisions on the back of the wrist, the arthroscope is inserted into the joint. The camera projects an image onto a video screen, giving your surgeon a magnified view of the joint and any problems that may be affecting it.

Saline solution is flushed into the joint to help expand it, providing better visualization for your surgeon. In some cases, problems like cysts or ligament damage may even be addressed in the same procedure.

Recovery from diagnostic wrist arthroscopy includes keeping your hand elevated to help reduce swelling. Sutures are typically removed in a week or two. More recovery steps, such as the use of a cast or a brace, may be required if a corrective procedure was also performed.

In a finger/wrist fusion, diseased cartilage is removed from the affected area. Using metal internal fixation, two bone ends are fused into one solid bone. The joint will no longer move as it once did, but there will be no more pain.

Do you have a question about
a procedure?

Experience in treating a broad
range of joint disorders. 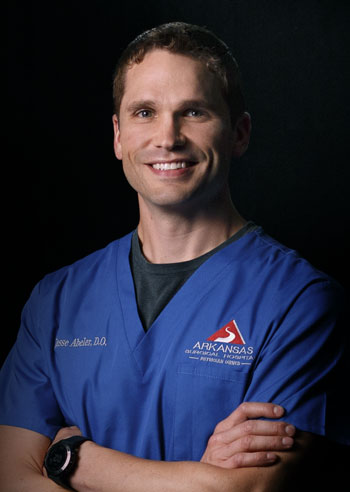 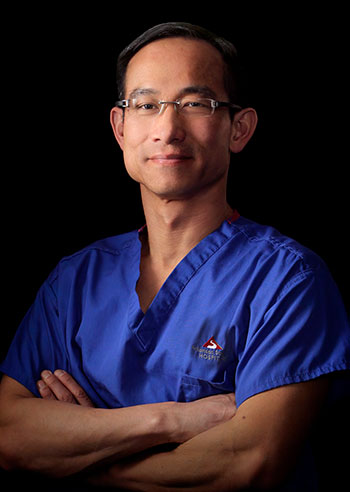 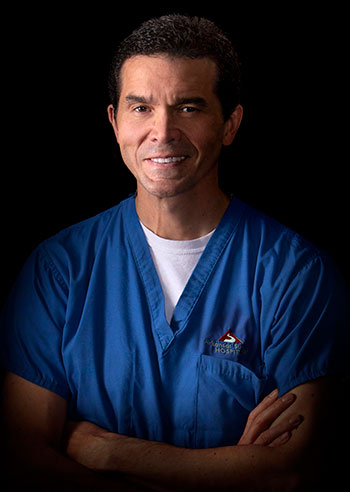